When you book with an account, you will be able to track your payment status, track the confirmation and you can also rate the tour after you finished the tour.
Sign Up

Or Continue As Guest

When you book with an account, you will be able to track your payment status, track the confirmation and you can also rate the tour after you finished the tour.
Sign Up
749

Experience the unforgettable Golden Triangle Tour With Udaipur starting from New Delhi- Agra- Jaipur- Udaipur, four cities full rich in culture, cuisine, and remarkable architectures get the most of everything in 07 nights and 08 days starting from the delight of capital city New Delhi taking you to the city of Mughal, Agra; experience the romanticism of the pink city Jaipur and the city of lakes Udaipur. With the major cultural highlights for the family the tour is inspirational and enriching.

Get personalized attention and enjoy a flexible itinerary on this 7-day tour to Delhi , Agra, Jaipur and Udaipur, known as the Golden Triangle With Udaipur. Let a dedicated guide show you the highlights and landmarks of each city, including the Taj Mahal and Agra Fort in Agra. The Amber Fort, Maharajah’s City Palace, Observatory (Jantar Mantar), Jal Mahal (Water Palace) and Hawa Mahal (Palace of Winds) in Jaipur, In Udaipur Visit City Palace, Museums, Lakes and Temples. the Qutub Minar, Humayun’s Tomb and the Parliament House in Delhi.

As per your Flight Schedule Driver will pickup you from Delhi hotel or Airport for Days Golden Triangle Tour Udaipur. Transfer to hotel.

In the Evening Optional visit in the evening Chandni Chowk – One of the oldest markets in Old Delhi, Chandni Chowk is Old Delhi’s main thoroughfare which is a chaotic shopping street lined by hawkers and porters with narrow lanes offering full medieval bazaar experience.

Rickshaw Ride – A cycle rickshaw ride though Old Delhi is a great way to discover the sights of the old city at a leisurely pace. Hire a rickshaw, easily available all across Old Delhi and ride through the narrow, winding lanes of Chandini Chowk, enjoying views of the Red Fort, Jama Masjid and the ancient architecture displayed on old buildings.

A rickshaw ride will take you through markets buzzing with people going about their daily chores, vendors selling their wares and shops decorated and ready for business. While on the tour you could also sample some of Delhi’s famous street food such as Chaat, dahi bhallas and paranthas from the legendary Parathe Waali Gali. The rickshaw tour is a great way to discover a different aspect of Delhi and experience the energy of the city. Overnight stay in hotel.

Later afternoon, drive to Agra City via Yamuna expressway. On arrival in Agra, check-into hotel. overnight stay in in Agra.

After a sumptuous breakfast leave to Chittorgarh, This is the largest fort in India and Asia, after visit drive for Udaipur, a romantic city of Rajasthan, also familiar as Lake City. Upon arrival check in at hotel & stay overnight.

This day of Golden triangle Tour, morning at leisure. You can enjoy the poolside of the hotel. Later, visit City Palace, overlooking the blue waters of Lake Pichola. After city Palace, visit Jagdish Temple and Sahelion-ki Bari an ornamental pleasure garden specially made for the ladies of the palace in the 18th century. In the evening enjoy the sunset Boat ride on Pichola Lake with a stopover at the island of Jag Mandir, a 17th-century water palace. You can enjoy Dinner in a restaurant facing Lake Pichola. Overnight in Hotel.

City Palace – Built on the banks of Lake Pichola, the City Palace in Udaipur is considered to be the largest royal complex in Rajasthan.

Sahelion-ki Bari – Saheliyon Ki Bari is a majestic garden in the city of Udaipur, Rajasthan, India. It is also known as the Garden or the Courtyard of Maidens. As the name suggests, it was made for the maidens who accompanied the Princess after her marriage to Maharana Sangram Singh.

Pichola Lake – The Lake Pichola is an artificial lake located in the heart of Udaipur, Rajasthan. The oldest and one of the largest lakes of the city, the Lake Pichola observes lakhs of tourists because of its tranquillity and beauty. Flanked by lofty hills, heritage buildings and bathing ghats, it is a dream come true for peace and nature lovers.

Vintage Car Museum – Located just a few kilometers away from the magnificent City Palace Vintage Car Museum is an awesome place for automobile and car lovers. The premises of the museum was originally the Mewar State Motor Garage, or the Palace Garage, now under the HRH group owned by the current heir of the Mewar family, Rana Shri Arvind Singh Mewar.

Later evening back to hotel. overnight stay in the Hotel, Udaipur.

Day07Udaipur - Delhi (by Flight or by car)

After breakfast, checkout and transfer to Udaipur airport to catch your flight to Delhi or you have option you can drive to Delhi by Car ( 670 km almost 22 hrs drive). on arrival in Delhi driver transfer you to Delhi airport. End your 6 Nights 7 Days Golden Triangle Tour  With Udaipurwith good wishes. 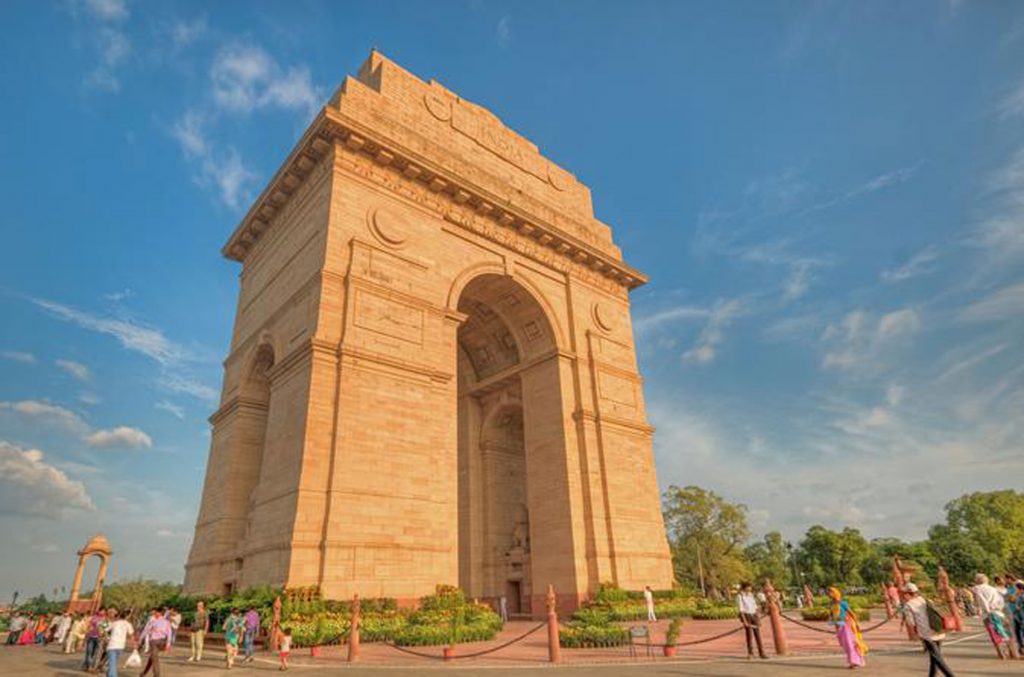